15 research reports into chess and education 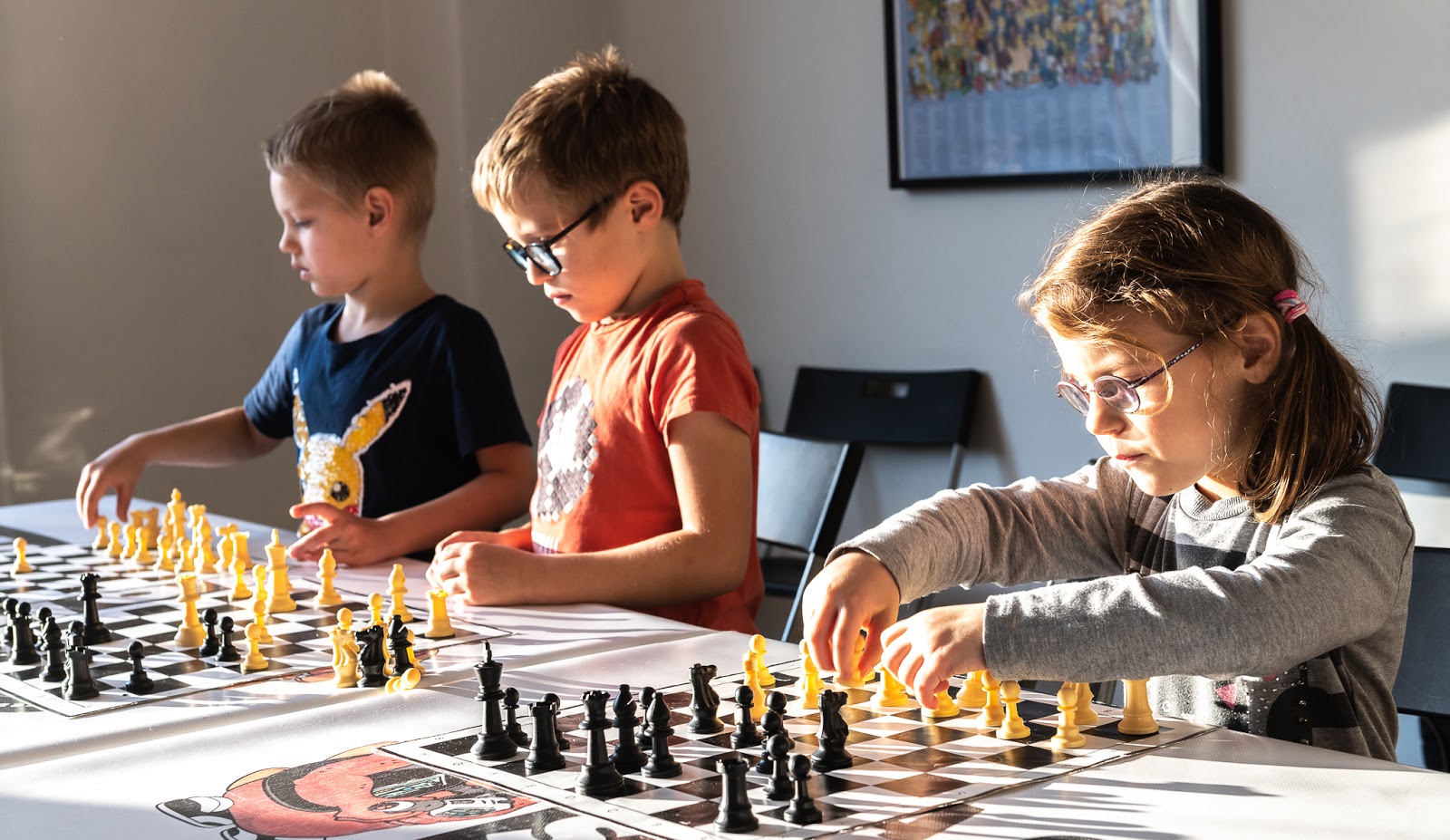 It is the question we are always asked. Here are 15 must-read articles showing the benefits of chess in education. This article will be updated from time to time (originally there were ten articles but we added two more).

1) Chess development in Aberdeen’s primary schools: A study of literacy and social capital

“At the end of the school year the quantitative analysis of pre-test and post-test results on intervention and control samples showed that the most statistically significant difference that chess made to classroom life was in terms of the nature of social adjustment, particularly for those pupils identified by the class teacher at the outset as exhibiting poor behaviour. The patterning among the scores on the various pre-chess and post-chess tests point to positive changes occurring on comprehension and arithmetic skills in the chess coaching group.”

“There is a huge chasm between the strong claims often found in chess literature and the rather inconclusive findings of a limited number of studies. The extant evidence seems to indicate that (a) the possible effects of optional chess instruction are still an open question; (b) compulsory instruction is not to be recommended, as it seems to lead to motivational problems; and (c) while chess instruction may be beneficial at the beginning, the benefits seem to decrease as chess skill improves, because of the amount of practice necessary and the specificity of the knowledge that is acquired.”

“The aim of this study is to evaluate the benefit of chess in mathematics lessons for children with learning disabilities based on lower intelligence (IQ 70-85). School classes of four German schools for children with learning disabilities were randomly assigned to receive one hour of chess lesson instead of one hour of regular mathematics lessons per week for the duration of one school-year. Concentration and calculation abilities of children were measured before and after the year of study using standardised tests. The chess group was compared with the control group without chess lessons. Concentration abilities and calculation abilities for written tasks and gap tasks developed equally well in both groups. Calculation abilities for simple addition tasks and counting improved significantly more in the chess classes. We conclude that chess could be a valuable learning aid for children with learning disabilities. Transfer of chess lessons to improvement of basic mathematics skills has been observed.

4) ‘Does playing chess improve math learning? Promising (and inexpensive) results from Italy.’
Boruch, R. and Romano, B. (2011)
“In Italy learning chess in school in 3rd grade increases math achievement by a third of a standard deviation. Interactions are significant for two crucial variables: residing in the south and being foreign born. Southern students present an effect size almost twice as large as their northern colleagues (relevant because the south always score much worse in standardized tests). Foreign born students score analogously better than the native born.”

5) The Benefits of Chess for the Intellectual and Social-Emotional Enrichment in Schoolchildren
Aciego R. et al (2012) The Spanish Journal of Psychology
“This paper examines the benefits of regularly playing chess for the intellectual and social-emotional enrichment of a group of 170 schoolchildren from 6-16 years old. It is based on a quasi-experimental design, where the independent variable was the extracurricular activity of chess (n = 170) versus extracurricular activities of soccer or basketball (n = 60). The dependent variable was intellectual and socio-affective competence, which was measured by an IQ test (WISC-R), a self-report test (TAMAI) and a hetero-report questionnaire (teacher-tutor’s criterion) applied at the beginning and the end of the academic year. In contrast to the comparison group, it was found that chess improves cognitive abilities, coping and problem-solving capacity, and even socioaffective development of children and adolescents who practice it. The results are modulated, particularly in the area socioaffective, by the personal profile of students who choose practice this activity.”

6) Cognitive Benefits of Chess Training in Novice Children
Gliga F. and Flesner P.I. (2014) Procedia – Social and Behavioral Sciences 116 (2014) 962 – 967
The present study aim demonstrate of role chess training has on school performance, memory, sustained attention and creativity. A group of 20 novice primary school students took part in 10 blended learning chess lessons and in a final chess competition (the chess group, ChG). Eighteen control students participated in 10 fun math lessons. Most cognitive skills increased from pretest to posttest in both groups but the School Performance Test increased significantly more in the ChG. Resistance to monotony and not IQ at pretest predicted success in the chess contest.

“We find that replacing a weekly lecture of traditional mathematics with one based on chess instruction tends to increase subsequent results in math test scores. This holds especially for native Danish children, while for immigrant children, there is no impact. The effect size corresponds roughly to what children in grade 3 learn during one third of a school year, that is, it is quite a remarkable effect, given that these children did not attend extra lectures; in fact they had fewer ordinary mathematics lectures than the comparison classes.”

“Combining the research results so far, we may conclude that exposure to chess instruction is associated with positive results in mathematics performance in the general population of primary and middle school students in the short term but not in the long term.”
“Didactic methods should incorporate those features that chess shares with mathematics.”

10) Your move: The effect of chess on mathematics test scores

We found that replacing a weekly lecture of traditional mathematics with one based on chess instruction tended to increase subsequent results in math test scores. This consistent with recent research of the impact of chess playing on mathematical abilities and reasoning and suggests that transfer of abilities and knowledge between the two domains is possible. Subgroup analyses revealed that the effect was limited to children who were bored and unhappy while no effect was found for happy children who were not bored. This could indicate an indirect effect of chess instruction on math through reduced boredom and increased happiness. In conclusion, the study demonstrated the potential beneficial effects of chess instructions but further research is warranted.

11) The Effect of Chess on Standardized Test Score Gains

The numerical results of this study clearly indicate that kids who played in USCF-rated chess tournaments saw substantial improvements in their Math test scores and a modest improvement in Reading scores. Alternatively, the results were unimpressive for kids that attended chess club only. Perhaps, the most important takeaway of this study is that the benefits of chess are highly reliant on how serious a kid is about learning chess. Not only did USCF tourney kids outperform club-only kids, but the kids who played in numerous USCF tournaments outperformed kids who played in only a few tournaments. Also, kids who significantly improved their USCF chess rating (perhaps the best measure of “chess learned”) outperformed kids with smaller rating increases.

12) The Alabama Chess in Schools Programme

For the Induction and Deduction constructs, students exposed to the chess intervention had noticeably higher scores than the control group students, in the lower grade levels in particular (4-6). Chess instruction did not appear to have much of an impact on induction or deduction skills for students in grades 7 and 8.

The majority of teachers felt their students benefited socially (81%) and academically (73%) from the use of chess in instruction. Of particular importance was that 71% of the teachers indicated that they actually enjoy teaching with chess. The teachers were asked to provide their perceptions regarding the observed benefits of chess as an instructional strategy. Overall, the majority of teachers tended to view chess as providing positive benefits for their students. Ranked by percentage of agreement, teachers indicated the top five benefits were: students getting better at problem-solving (78%); strategic thinking (75%); thinking critically (73%); decision making (64%); and being more interested in school (62%).

The findings in this section of the report pointed to a similar trend across all grade levels as well between genders. Of the 1,286 chess playing student respondents, not only did they enjoy playing chess at school, but many of them also played outside of class time or outside of school. A majority of the students had a positive view of their abilities to play the game. Both grade level groups had a positive view of chess. In addition, students in both grade categories reported that their school work had improved since they started playing chess, including an increase in their abilities to complete difficult assignments and work harder on school work.

14) The Effects of Chess Instruction on Academic and Non-cognitive Outcomes:Field Experimental Evidence from a Developing Country

What really stood out was the choice of focus. At the words chess education, you would be forgiven for assuming this was yet another paper trying to prove or disprove the possible link between it and school grades, but this was not the case. Instead the authors Asad Islam, Wang-Sheng Lee, and Aaron Nicholas set out to investigate the latent benefits they might offer such as risk preference, patience, time preference and creativity. While all these are traits chess players regularly associate with the royal game, they are not usually the subject of published papers and research. The goal was to improve the citizenry by helping hone these ‘soft skills’ from a young age, and by extension, pave the way for a brighter economic future that is powered by them.

Of all the ‘soft skills’ measured, the one that stood out the most clearly was the reduction of risk aversion. This isn’t to suggest the children were now embarking on a new wave of hair-pulling recklessness. On the contrary, the ability to better assess the risks in situations, and of course the payoffs, led to more informed decisions and a greater willingness to take calculated risks, a lesson that chess had inculcated in the spades.

(From review by Albert Silver in ChessBase news.)

15) Teacher training is the key … and always will be.

Integrating strategy games into primary mathematics lessons in order to develop problem-solving skills only works if teachers have in-depth knowledge: Content knowledge, such as mathematical backgrounds of games and basic approaches of game theory on the one hand and pedagogical knowledge, such as discovery learning and problem solving on the other hand, have to be combined with game pedagogical knowledge. A concept of an in-service training is presented oriented towards the requirements of professional development and teacher training. Only if teachers have well-founded knowledge, a good transfer to the classroom is possible. The potential of using strategy games to promote mathematical skills and heuristic abilities can only be exploited if teachers are aware of and acquire a deep understanding on using games for educational purposes.

Chess in schools, Researchchess in education