Tiebreaking in Football – an alternative approach from chess

The penalty shootouts which concluded the UEFA EURO 2020 championships were a dramatic finale to a superlative sporting event. The tension was palpable as each player walked from the halfway line to the penalty spot. They had prepared for this and had practised numerous times. Many spectators covered their eyes. With the final kick of the game the result was decided.  One side was the winner and the team celebrated triumphantly. Dejected players from the losing team fell to the ground many of them in tears. Such is the way with sport – the gap between the winners and losers feels extreme. The losing finalists momentarily forget that they have been on a long winning journey and they should have a lot to be proud about. In the paradoxical world of emotions, it is better to lose earlier in the tournament than to reach the final when expectations have been elevated and then dashed. Many people take it for granted that the penalty shootout is the appropriate tiebreak method for football knockout tournaments but it has severe problems which make it increasingly out of step with the ethos of the game. 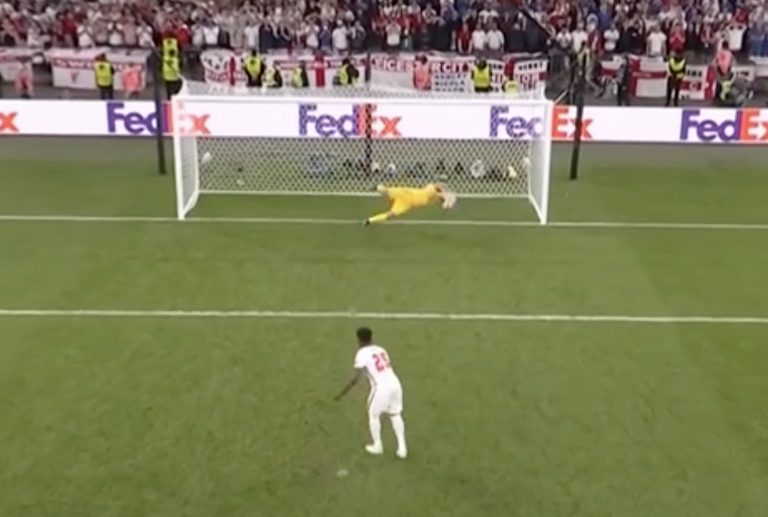 If a knockout cup game is level after 90 minutes of full time, a long established way to determine the winner is to extend the game by 30 minutes.   Managers may change team formations and strategies and bring on substitutes from the bench in order to make best use of the team resources.  Physical fitness becomes vitally important. Extra time allows the game to be played co-operatively which is why it has long been accepted as a tiebreak method. The game continues to offer spectators the ebb and flow of the match – impressive ball control and athletic performance, passing and tackling, attack and defence, near misses and saves. When a team gets a goal in extra time, it is seen as a natural part of the game – a time extension which heightens the experience of the loyal fans. Extra time is often enough to resolve the winner but for some crucial games at the highest level when the teams are evenly matched the scores are still equal at the end of extra time.

Unfortunately, experience shows that extra time can be a dull affair with exhausted teams playing defensively to reach the ultimate tiebreak method – the penalty shootout. Substitutes who expert at penalties may be brought onto the pitch in anticipation. To avoid the dreariness of extra time, in 1993 FIFA introduced the sudden death Golden Goal. However this had other problems – a game in full flow is prematurely brought to an end by a goal. The spectators and TV audience felt disappointed that the game was not played to a finish, preferring a timed session. The penalty shootout could not be pensioned off.

A penalty shootout sits uncomfortably with the notion that football is a co-operative team game the essence of which is that the players are interacting with each other to convey the football around pitch and eventually – it is hoped – into the opponents’ goal. This lack of gameplay makes penalty shootouts a completely different game from the co-operative game of football. Whilst team members will run to commiserate with their unfortunately colleagues who failed to score this is quite a different notion of playing as a team. Irrespective that the players may have prepared for just this eventuality, a penalty is perceived as involving too much luck. Statistically there is a 75% chance of scoring a penalty; the goalkeeper only saves the penalty 18% of the time. So in a five shot shootout, there is a strong chance that one will be saved on each side. Surely it is better that the result of an important match is determined through gameplay than through luck. The traditional argument is that justice demands that there should be a fairer way of resolving the matter. A more modern concern is that social media can be brutal. The hostility faced by footballers is nothing new – a Colombian player was murdered after the 1994 World Cup apparently for scoring an own goal. The England players who failed to score during the penalty shoot out against Italy in the 2021 EURO Final were targeted by racists and trolls unhinged from reality.

The dreaded penalty shootouts were only introduced for the European Championships in 1976. The experiment has proved interesting and entertaining but ultimately has too many flaws. It is a separate game tacked onto the end of the normal football. Maybe chess experience can suggest an alternative mechanism – the Armageddon tiebreak. This is when each side is given an advantage of a different kind. At the end of the allotted time, one side is the winner. In chess, one side gets the advantage of starting with white whereas the other player gets less time on their clock. If the player with the black pieces holds white to a draw then they are deemed to have won the game. The key point is that the gameplay is the same as in conventional chess but both sides are under a different pressure – white is desperate to find a win whereas black is desperate to avoid a loss. Hence white will tend to attack and play riskily whereas black will tend to defend and avoid risks. This asymmetry of strategy leads to tense games which are entertaining for the select group of onlookers.

To set this arrangement up, one manager defines a deal and presents it to the other manager – a bit like cutting a cake in two and offering the choice to the other side. If you think your attacking team can win convincingly then offer 11v10 players.  This means 11 players trying to get a goal advantage against 10 players. If you are not so convinced about your attacking strength you should not be tempted to make your life easier by offering 11v8 players because the other side could take the deal and to play their full team against your 8 players. Offers are one-off: you submit the deal to the other side and they chose whether to accept the challenge or to set the challenge for you. Hence you need to be realistic about the team’s strengths and weaknesses.

The football authorities have tried several tie-breaking methods in the past. The rules are constantly evolving and there are good reasons for looking out for alternative approaches, especially if they have a track record in other sports. Football matches could be decided in extra time with conventional gameplay, without randomness and without individuals having to take the enormous personal responsibility of failure or success when teamwork is the watchword. Come on FIDE and UEFA, try another approach. Penalty shootouts have broken too many hearts.