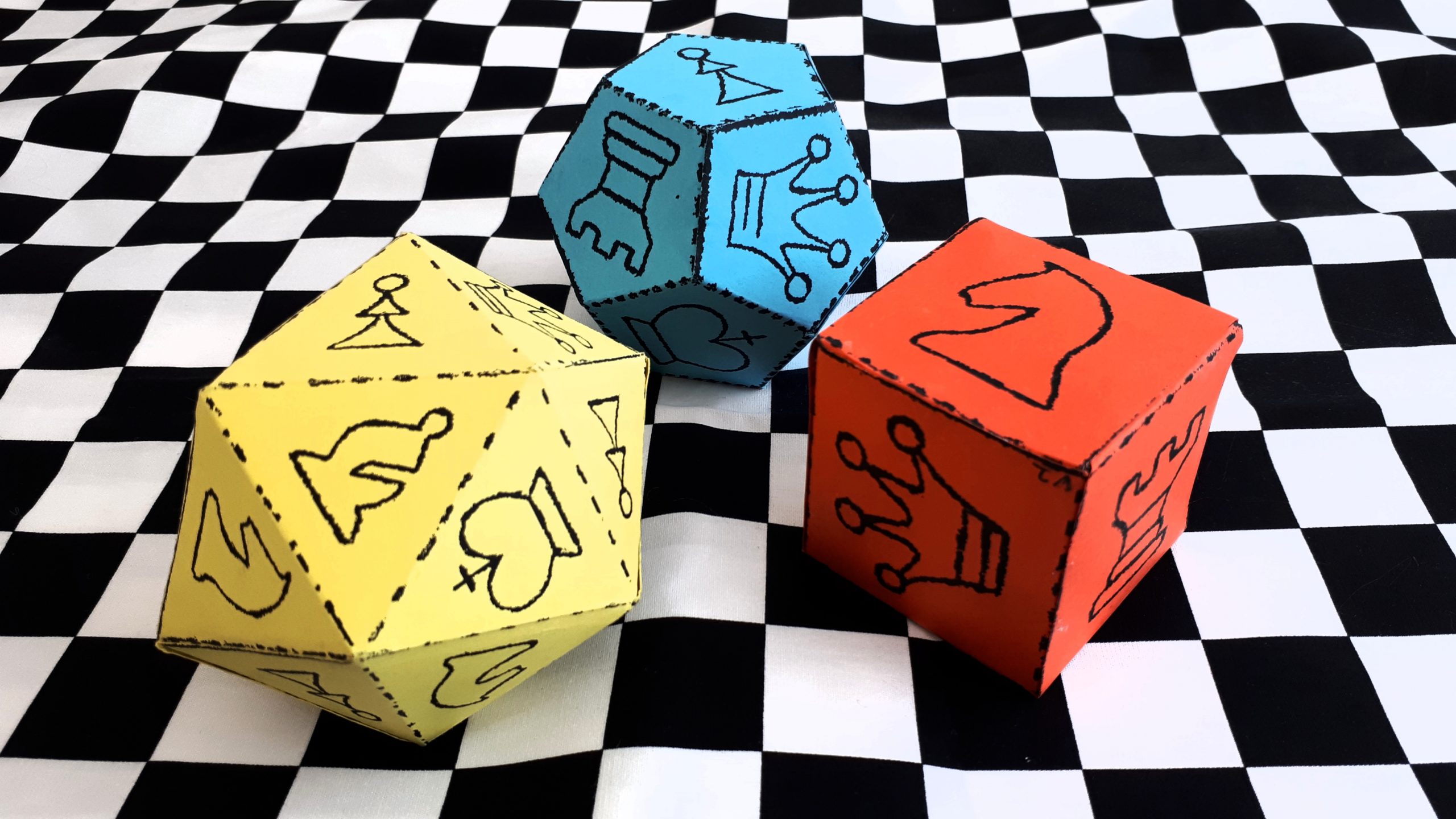 A new look at randomising the game and play of chess

Dice Chess brings a random element to chess. This is one way of making chess more accessible to children, especially when there is a disparity of playing strength.  It is also a fun game because it is different and unpredictable. The basic idea is simple: you play chess as normal except that you must move whichever piece is rolled. A cubic die (D6) has six faces and each can be denominated as one of the six chess piece types: king, queen, rook, bishop, knight and rook. If you throw a pawn, then you must make a move with one of your pawns. If there are no legal moves, then you throw again until you can find a legal move. Sometimes the only legal move can be a terrible move but that is the charm of the game. Whether the move is terrible or not depends upon what happens with the opponent – maybe they will have to play a terrible move as well. The point is not to play terrible moves, it is to play moves which are the best in the circumstances.

In dice chess each move requires exactly the same thought processes as in conventional chess. In fact, it is more complicated because one must take into account the probabilities of particular piece types occurring.  A move which may be inferior in normal circumstances becomes feasible if there is only a small chance of the opponent taking advantage of it.

Regular dice are the traditional way of playing this variant. It is also possible to purchase dice in which chess figurines are engraved. The possibility of using dice in this way gives chess coaches another tool with which to maintain variety in classes.

Once you have played dice chess a few times you notice two things that could be improved. Firstly, when no legal move is possible with the designated piece type then you are obliged to throw again. This inconvenience is sufficiently frequent that you wish there is another way to proceed. The remedy is the Fast version of the game: if you cannot make a legal move with the designated piece type then you can make any other legal move. This speeds up the game and dampens the randomisation – for which by this time you are grateful.

Secondly, many of your legal throws oblige you to move pieces you would rather not. For example, the king should not move as often as the pawns and should not move as often as one-in-six. The remedy is use different dice. One approach is to use two non-identical dice. Replace a king with a pawn on the second die. When thrown together the king is less frequent than the pawn. Further refinements could be made with respect to the outcome of doubles. This solution is in the right direction but two dice are less tidy than one and you still have not solved the wrong piece problem.

At this point we can seek insights from the ancient Greeks, in particular the set of convex polyhedra known as the Platonic solids. These are special because each face is the same shape. The cube has six square faces. The next one up is the 12-sided dodechedron (D12) on which each face is a regular pentagon. The largest possible is the 20-sided icosahedron (D20) on which each face is an equilateral triangle. We can adapt these shapes as our dice. It is a matter of populating the faces with the right number of piece types

The dice probabilities should correspond as closely as possible to the natural frequencies of piece moves in actual games. Fortunately, there are large databases of historic games from which we were able to derive the relevant frequencies. On average, D6 deviates from natural frequencies by 5.2%. We can halve this deviation using D12 and with the D20 we can reduce the deviation further to only 1.6%.  As a consequence, we are able to throw a legal move more often Whether this is a satisfactory solution remains unclear. Fewer illegal throws lead to fewer free moves which is generally a disadvantage. On the other hand, the legal moves are likely to be more useful as they correspond with natural frequencies. Maybe someone else can pick up the research.

To make all of this a more instructive experience we have designed nets (templates) for D6, D12 and D20 with the appropriate chess labelling. These can be cut out and folded to enable children to develop some craft skills as well as create Platonic solids. These form the dice by which we generate probabilities corresponding closer and closer to natural frequencies of the games databases. All in all quite an afternoon’s work.

For those who want to bypass the rolling of dice and get directly into the randomness, you may refer to the table below which gives piece-types randomly generated in accordance with the natural frequencies in chess game databases. Choose a random starting square and then read the pieces from left to right in the normal way – but only looking one square ahead each time so you cannot cheat. Play some games this way with a worthy opponent and enjoy the unnerving experience.