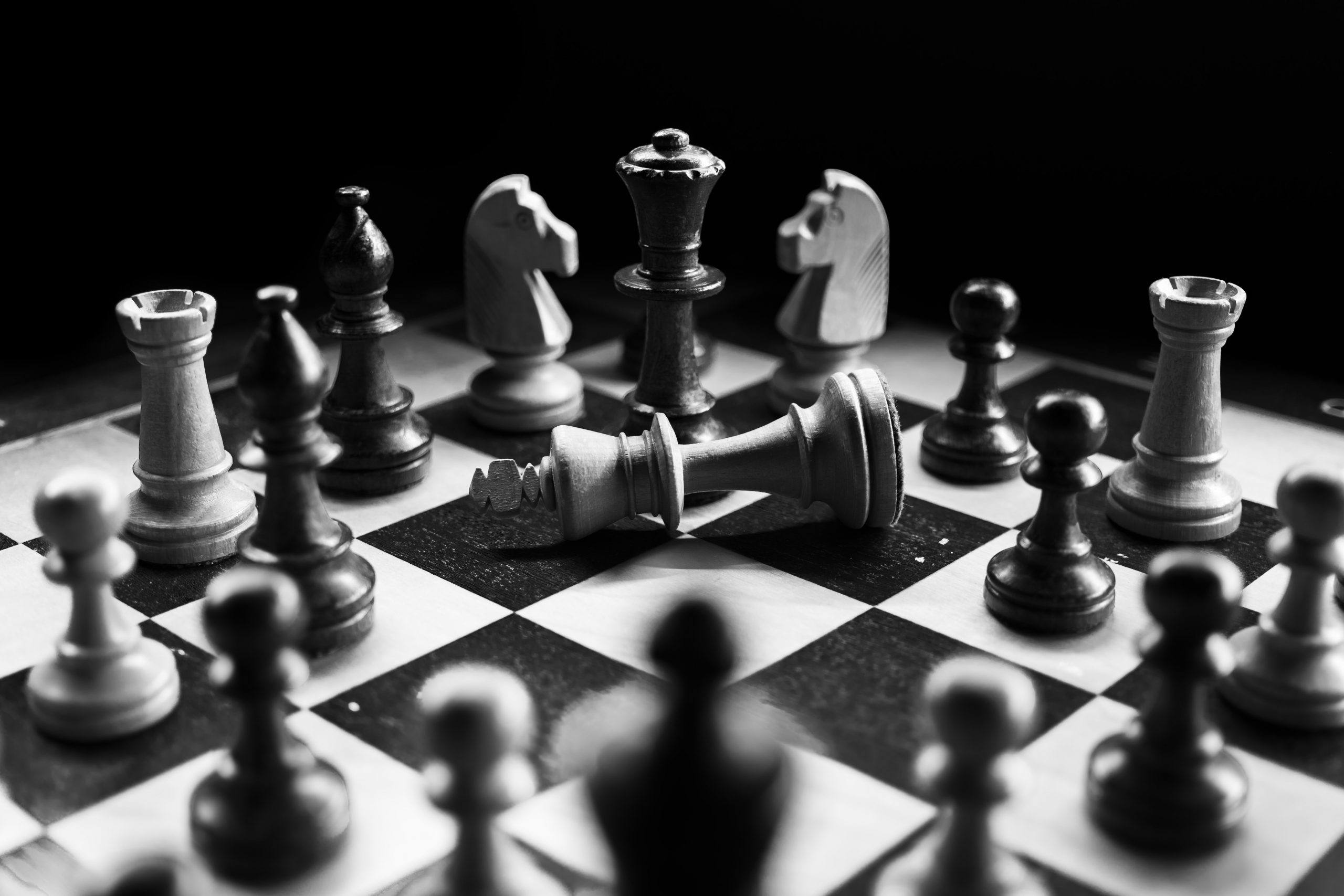 This mini-game (also called the Pawn Game) gives a good feel for how the pawns move, capture and defend themselves. Pawns provide the backdrop for chess. Structures such as pawn chains will emerge as well as important concepts such as the sacrifice. To play the game well requires counting ahead as pawns race each other.

This game is played with only the pawns. The pawns move as in chess, either one or two squares on their first move and one move thereafter. Captures are made diagonally forwards one square. Whoever reaches the opposite end first wins.

In the diagram, the side to move has a serious problem because any move loses. Only four pawns can move, and each these will be captured and thereafter the opponent reaches the far end. Being forced to make a losing move is called “zugzwang” (German for “forced move”). The position is a mutual zugzwang. Children absorb the zugzwang concept quickly.

The Pawn Game is an opportunity to demonstrate the concept of en passant. In the above diagram, Black to play can move one or two squares forward (e6 or e5). In either case, White can capture on e6. It may seem strange that White can still capture the pawn even if it is alongside. Hence the need for a special term en passant, which means “in passing” in French. This rule exists because before chess came to Europe, pawns could only move one square forwards. However, the Europeans allowed the pawn to move two squares forwards on their first move. As a historical compromise pawns can still be captured as if they had only moved one square forwards.

Play without and with the en passant rule.
Can Black copy White’s moves to try to maintain symmetry?
Can Black force White into zugzwang?

Having played the Pawn Game version of Across the Board a few times, learners need to move up.  Children need variety and new experiences to stimulate their learning. There is no need to achieve mastery at each step before trying something else.  The next step is to add the kings to the pawn armies, all in their normal starting squares.  The objective of the game is to capture the opponent’s king. Capturing takes place by moving a piece onto the same square as the opponent’s king. In Promotion Chess we introduce the concept of promotion.  When a pawn reaches the other end it becomes a queen (for the purposes of this mini-game). The queen is very powerful at hunting down the king.

CROSS THE BOARD WITH PIECES

Having mastered Cross the Board, the next natural step is to add the other pieces.