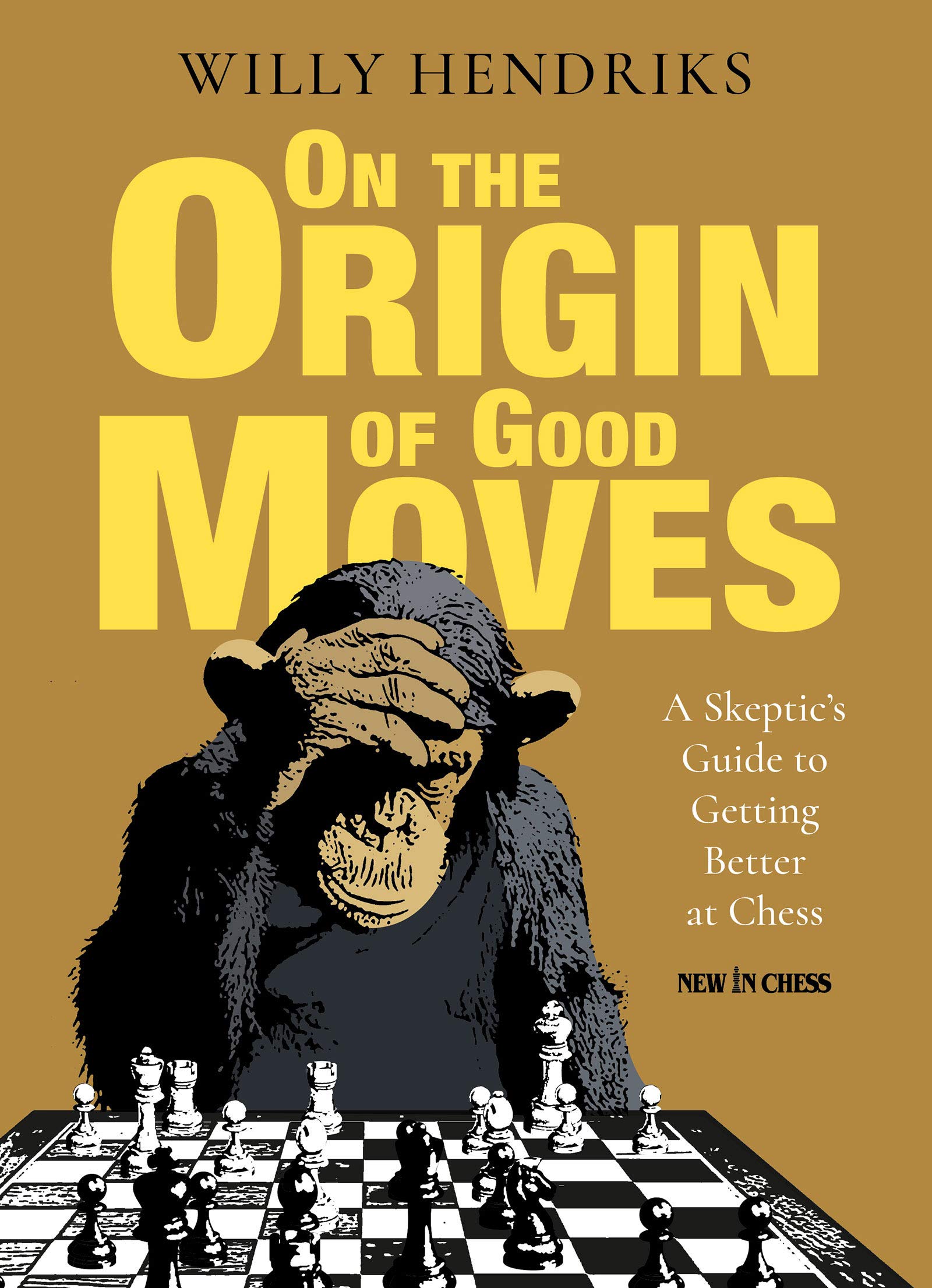 What is the book about?

Essentially, the evolution of chess moves! It focuses on the way chess playing has developed, rather than on the players themselves. In it you will find some of the main characters to be Morphy, Chigorin, Lasker, Tarrasch, Zukertort, Steinitz and Anderssen, but there are plenty more to support this famous cast including Tal, Kasparov and Polgar along with games from the author. In essence it takes the reader through the evolution of chess playing, from old school to the modern school and much in between. The emphasis focuses on positional v tactical styles and raises ‘The Great Steinitz Hoax’ as an integral part of the book. What on earth was this ‘hoax’? Sorry, there are no spoilers from me I am afraid. The reader will examine styles of chess from Greco to Lasker. This is very much ‘new’ material taken from the good old days.

There are 429 pages, and some 36 chapters. At the beginning of each chapter are exercises, the answers to which the reader will find in the forthcoming text to that chapter. I should say that I particularly enjoyed this method of presentation as opposed to exercises being given at the end. It worked really well for me and I hope to see more of it in the future. There are many carefully placed diagrams and photographs in the book and these sit perfectly well in supporting the text, to my mind.

There are endnotes, an index of names and a selected bibliography.

Who is the author?

Willy Hendriks is an International master from Holland and a chess trainer of over 25 years. He also wrote ‘Move first, Think Later’ which won the ECF book of the year award. In some quarters his thinking can be a little controversial – but in my view that’s a very healthy thing.

What does the official Blurb say?

‘Hendriks undertakes a groundbreaking investigative journey into the history of chess. He explains what actually happened, creates fresh perspectives, finds new heroes, and reveals the real driving force behind improvement in chess evolution’.

Does the book achieve its aim?

In my view, absolutely, and then some. Over 100 years ago players had to develop their style, and their thinking without the use of computers. They would have had no recourse to software to help clarify their findings and ideas. They simply had to try them out in actual play. It is enjoyable to scrutinise the old romantic style of chess with the King’s Gambit and Evans Gambit etc. being replaced by more considered (closed and semi-closed) chess. There came a point when someone thought that gambiting a pawn and playing manly swashbuckling chess was not always the answer. A huge percentage of games began with 1.e4 and familiar lines would follow. Then along comes 1.d4 and 1.Nf3 and chess evolution took another step, but that’s another story.

I like the way that Hendriks tests the reader, and throws in comical and strange positions to enjoy. He introduces chess themes throughout the book so that people of any level have something to feed on and relate to. It is a chess book, but a history book also.

The author asserts that chess opening study was one of ‘the main motors of improvement’ and this is a key feature in the development of chess theory. I also liked the chapter on ‘revolution or evolution’ bringing into play Darwinian Evolution and its relationship to improvement in chess. Very interesting and very clever. The phrase ‘Natura non facit saltus’(Nature does not make jumps) is used to support the hypothesis that chess development and change was an evolutionary process, not revolutionary. The reader can make up their own mind on this, but it is very difficult not to agree with Hendrik’s ideas.

What is my conclusion?

This is a serious book but also fun. It contains no little amount of humour to support the arguments and points. I have never read a book like this to explain the development of chess from the ‘old days’ and I can see just how much effort and time (and clearly, no little amount of love) has gone into it. Once I got past the frankly awful brown and mustard cover (sorry folks!) and into the meat and bones of the book I was totally hooked. It was my go-to read for several days.

The title confuses me somewhat. I did not feel that the book was just about the origin of – but the evolution of – chess and it was not just about good moves. It could be me and I may have missed a trick. Further, I don’t know why ‘A skeptics guide to getting better at chess’ is in the title. It doesn’t seem to fit with the book. Who are these skeptics? I am trying to say that I got much more from the book than the title and cover suggested but those two things do not detract from the work in any way.

Who will benefit from this book? The truth is, anyone. Even if you don’t play chess there is much to digest about the creative development of what is considered to be the most difficult game ever devised. Club players, stronger players and chess historians will surely devour it and everyone can benefit from a fresh perspective on chess history. In my experience, too many players have a criminally deficient knowledge of chess history and this would be a fantastic place to begin.

I like the chapter discussing how players from ‘back then’ would fare today. It’s a question I am often asked in my chess prison visits. The reader will have an opinion on this subject already but the author offers some detail to try to get to the bottom of it.

I want to finally mention the great Paul Morphy. The following prose about the length of time players took to play really amused me. “Morphy sat calmly while Paulsen consumed 11 hours to his 25 minutes of their second game, but at one stage went (…) to the restaurant to take a glass of sherry and a biscuit. His usually equable temper was so disturbed that he crunched his fist and said “Paulsen shall never win a game from me while he lives”. And he never did.

I am not alone in thinking ‘just how good was Morphy and what did he bring to the evolution of chess’? He played in his own style; we all know that but it was not so different a style from his contemporaries. It was about attack – and to the victor the spoils. I can imagine up there in the chess heavens a match between Morphy and Petrosian. Now what would the outcome of that be? Seriously?

Hendriks has a line in the book which leaves the deepest impression on me. It refers to Paul Morphy. He says “Morphy is generally considered to have been a leap forward, mainly with regard to the level of his play. But he didn’t leave behind any theory or vision”.

Think about that. Morphy was a blazing meteor at the time but what was his actual contribution to chess evolution? What did he change? These are the questions that Hendriks made me think about, and that’s a really important aspect of the book.

Had Morphy played for longer than his two golden years and against a different style of play – how would that have performed? Forget the open games which played into his hands, how would he fare against the Stonewall Dutch or the Reti? We will never know. Imagine Morphy against my fellow countryman Mickey Adams in an open game. Chess really has evolved so much that he would be astonished at what he faced against his gambiteering style of play. It’s a mouth-watering thought.

But should we be comparing Pele with Messi? Should we not just leave people to their own era and accept that chess evolved, and is ever evolving?

It is these kind of questions along with all of the other things I learned through reading this book that makes it to the esteemed ‘top shelf’ in my library. I am a fairly strong club player, and fellow players with the desire to learn will find huge value in owning this book.

I cannot even think of a book that I can compare it to, so take it for what it is. A stand-alone examination of the origin of moves – and therefore chess in general. Finally, we get a critical examination of some of the chess played by the early greats. I wish I had read this 30 years ago. If you were a skeptic before you read it, I cannot conceive how you might be when you turn the final page.

Congratulations to Willy Hendriks and New in Chess Publishing.