Demand for traditional chess remains in spite of online surge 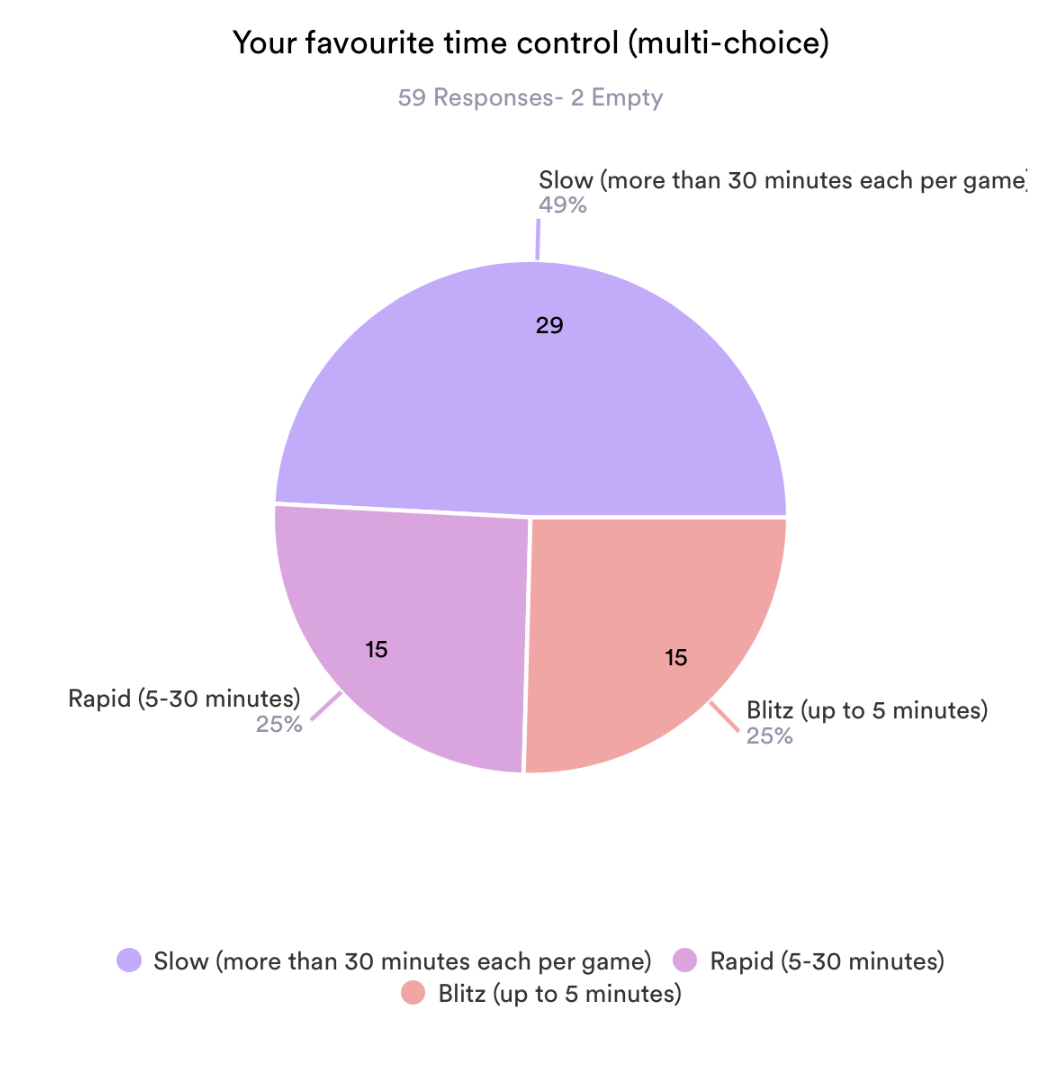 Our ChessTech2020 conference on December 5-6 was an ideal opportunity to sample the views of a collection of chess leading edgers. The people who attended to conference on Chess and Technology can be regarded as amongst the most tech savvy in the world. These are people who gave up a weekend to worry about anti-cheating algorithms, online arbitration, Esport and digital ludemes. If any group can be regarded as holding up a beacon for the future of chess then we need to hear them.

Along with the usual questions such as “How did you rate this conference?” which produced an encouraging 4.3/5 star rating, we included a questionnaire on their personal chess preferences. Given the extraordinary growth of online chess spurred on by the pandemic – the two most popular playing platforms, Chess.com and Lichess, have announced an unprecedented rise in subscriptions – it is timely to examine the perspectives of the conference attendees many of whom influence the future of chess.

We find that the attendees are amongst the keenest category of chess players. Over 90% play chess regularly and frequently (see diagram above). Just over half play chess daily and another 40% play chess weekly. When we look at how they prefer to play chess we obtain our the first significant finding.

A majority – around 60% – prefer to play chess over the board. They have had plenty of time to try online chess – this was almost the only choice since March 2020 – but nevertheless prefer the traditional mode of the game. The survey did not explore the reasons but related discussions have emphasised the greater authenticity of playing someone face to face: engaging with the personality of your opponent, the social interaction at the club or team level, the tactile nature of the pieces and no longer being fearful that your opponent may be cheating.

Whilst there is strong and persistent support for the traditional mode, around one-third players prefer to play online. It is clear that the chess world is becoming divided into the analogue and the digital. Some analogue players have never embraced online chess and some digital players are unlikely to return to analogue. This divide is likely to be widened if we take into account the age profile of the respondees. 72% were aged over 40. Younger players are more likely to be digital-only. A generation of youngsters will not have been able to play chess at school because chess tutors have been disallowed visits. When the new generation come to chess, they will only have experienced the online mode.

The sense of tradition applies not only to the mode of play but also to the time control (see diagram below) which is our second significant finding. Half the respondents still prefer slow time controls. A quarter prefer rapid chess (between 5 and 25 minutes per player) and a quarter prefer blitz (less than 5 minutes per player). This makes sense because the preference for traditional chess combines face to face chess with the traditional slow time control.

There are some subtleties in the data. Slow play is clearly coupled with physical chess. Furthermore, most Rapid players (60%) prefer physical chess. Blitz seems to lend itself to the online mode. Yet even amongst those people who prefer blitz, half still prefer to play on a physical chessboard. Maybe there is something exciting about the flying pieces in the time scramble.

Online chess is here to stay but traditional chess holds a special place and will re-emerge. It is regarded as more serious and less prone to cheating.